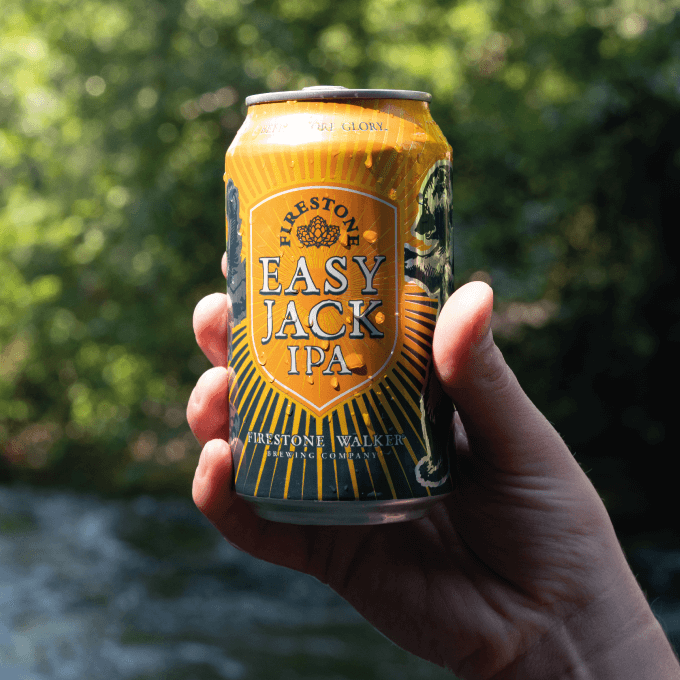 Situated in the heart of sunny California is Firestone Walker – a humble brewery set up by two brothers-in-law looking to make the perfect beer.

This brilliant brand offers a remarkable range of tasty IPAs. Because there are so many to choose from, picking your favourite can sometimes be a tricky task. That’s why we’ve used the latest post in our series of beer reviews to compare these top tipples.

If you’re looking for the sort of brew that you can sip until the sun sets, consider cracking open a can of Easy Jack. This low-calorie ale is Firestone Walker’s session IPA, and at 4% ABV, it’s one of the lightest in the range. It’s gloriously refreshing to glug on a hot summer’s day!

The drink itself is made of mouthwatering malts and fruity hops (many of which are sourced from around the world). Easy Jack delivers a taste that’s crisp and zesty, as well as having a sensationally alluring aroma.

Luponic Distortion is a West Coast-style IPA. This dry-hopped delight is notably stronger than Easy Jack, but it still has a fantastic fruity flavour. Don’t be fooled, though, it uses a completely different mix of natural hops every time! Each release of Luponic Distortion features an entirely new hop blend, so it’s a great choice if you love trying fresh brews.

Although the same base beer is used, the exact flavour varies with every passing series. You’ll be getting something unlike Firestone Walker’s other IPAs when buying this beloved beverage.

Flyjack is a hazy IPA, meaning it has a cloudier colour compared to the other beers mentioned in this blog.

Like Easy Jack, Flyjack is crisp and full of sweet flavours. It’s also the same strength, at 4% ABV. Remarkably, though, it has even fewer calories than its session counterpart, with FlyJack containing just 96 calories per can! This makes it ideal for beer lovers that are keeping a closer eye on their intake.

Much like Luponic Distortion, Union Jack is a West Coast-style IPA. At 7% ABV, this option is by far the strongest of the four, so it’s excellent for those who prefer a pint that really packs a punch.

It boasts a deep, hazy colour and a sublimely smooth mouthfeel, meaning it’s as pleasing on the eye as it is on the palate. In typical Firestone Walker style, there’s no shortage of hops and citrusy flavours either. If you’re after a bold beverage, this is certainly the best choice.

Which One Should I Go For?

As ever, the right drink for you depends on your preferences. Each cracking can comes packed with oodles of hops, malts and zesty flavours. However, some are stronger than others and are slightly different styles of IPA.

If you’re after something sessionable, an Easy Jack will be right down your alley, whereas adventurous drinkers will adore a Luponic Distortion. Alternatively, a Flyjack is great if you love a hazy IPA, while a Union Jack is the one for you if you like a strong beer.

Better yet, all of these brews are available to buy at Beerhunter. Order a case, today, and get it delivered straight to your door!