FREE DELIVERY ON ALL ORDERS OVER £30 (UK Mainland)
GET 5% OFF, FREE DELIVERY & FREE GIFT WRAPPING ON ALL SPIRIT GIFTS! 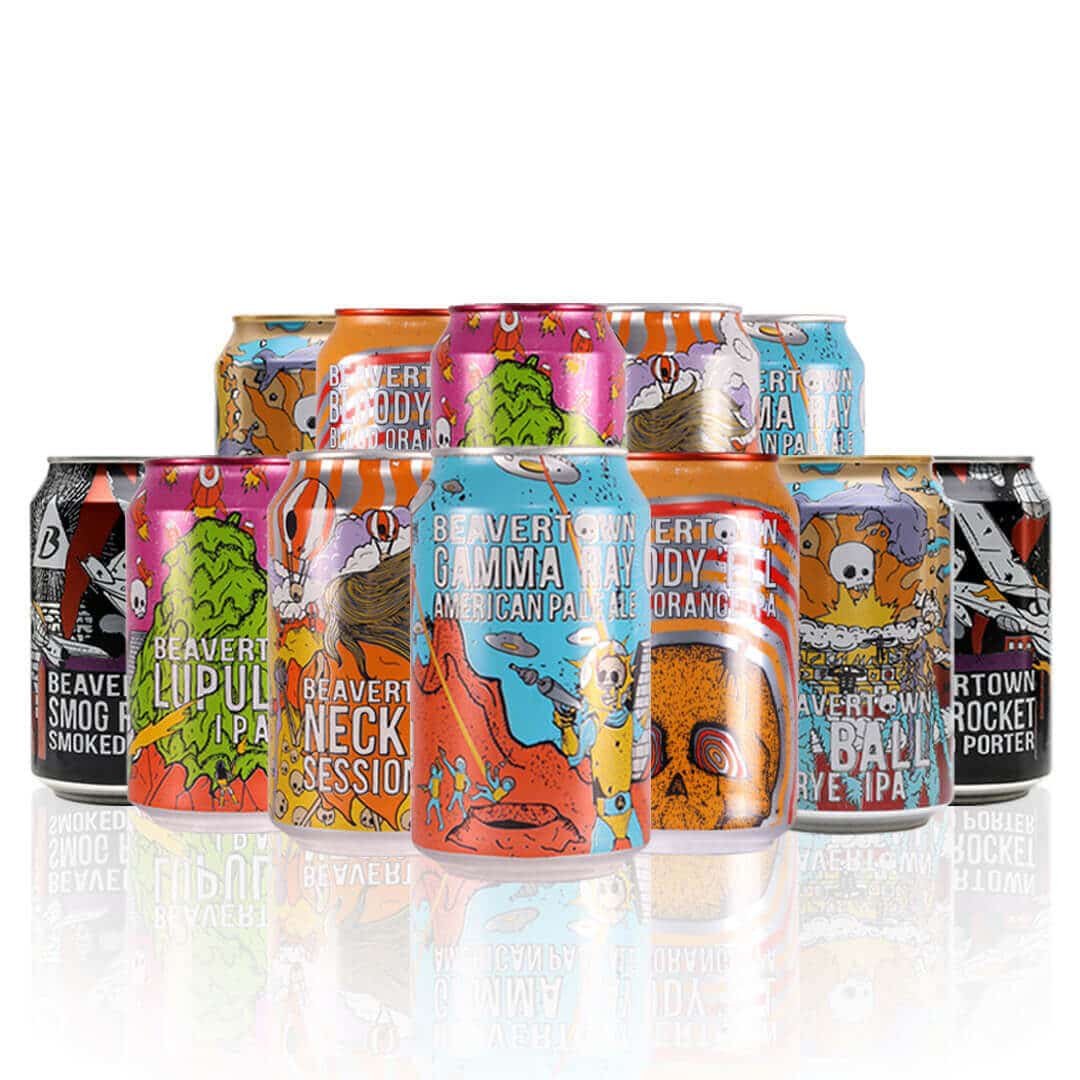 When it comes to creative beer label designs, craft breweries tend to have the upper hand. Each one wants its products to be noticed among a sea of other brands, so its labels need to be both quirky and attention-grabbing.

All that means is that there’s so many to choose from. However, we’ve managed to pick out some of our favourite breweries whose packaging is eye-catching and one-of-a-kind, appealing to audiences around the world.

The first brewery to grace our list is, of course, Beavertown, which is well-known for its eccentric designs.

The man behind them is illustrator Nick Dwyer, who has been the creative director of this craft beer brand from the start. He helped to build its identity around spacemen, skeletons and a whole load of unusual psychedelic images. You always know a Beavertown can when you see one on the shelf.

Next up is Brixton Brewery, which has some very aesthetically pleasing drinks. Its beer can designs aim to reflect the vibrant energy of Brixton, with funky, multi-coloured patterns. We can’t lie, we want the entire collection in our kitchen.

Now, some may argue that this brand’s bottles are the opposite of aesthetic. US-based Flying Dog Brewery has created some rather strange sketches to portray on its pints, which are bound to get heads turning.

This is the work of Ralph Steadman, who you might know as the illustrator for Hunter S. Thompson’s famous books. While they might not be to everyone’s taste, they’re certainly unique and had to be included in this blog.

No two beers look the same in ShinDigger Brewing Co.’s lively range. Its fruity collection makes us wish we were sipping on a refreshing ale under the hot sun. Each can is colourful and fun; we especially love the artwork on their Mango Unchained session IPA, which is bursting with tropical flavours.

Finally, we couldn’t write a post about the most aesthetically pleasing beer packaging without tooting our own horn a little. So, we have to include our Limited Edition Craft Beer Gift Pack.

Not only is the box designed by the one and only Brian Cannon, but inside are three dynamic cans from a variety of Manchester-based breweries. The image itself is based on the 1978 epic war film “The Deer Hunter” and we have to say, it looks quite spectacular.

So, do you agree with our shortlist? Head over to Twitter or Facebook to let us know. Then, you can shop beers from all of the above breweries, or peruse our other intriguing cases, before ordering some straight to your door.