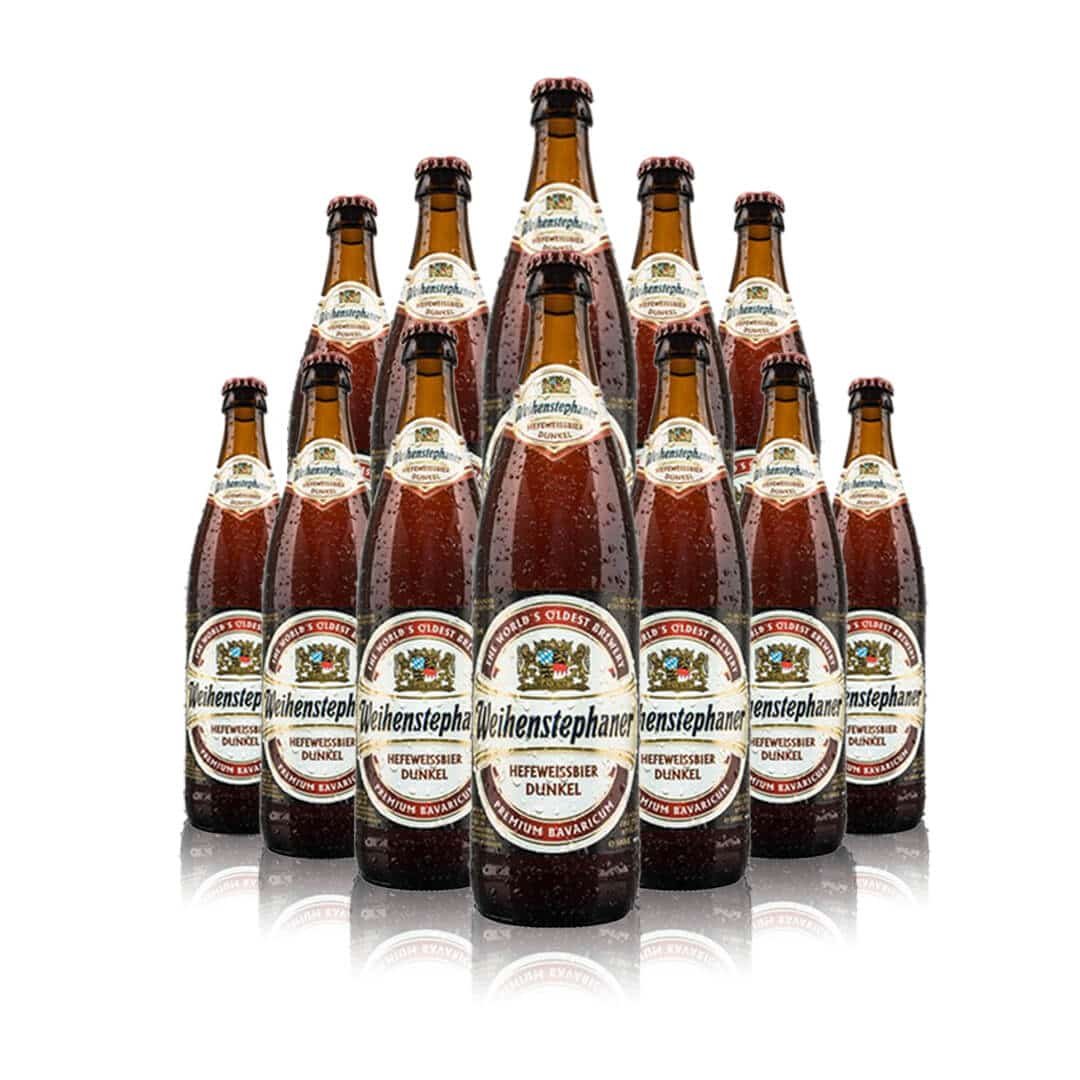 As you may know, the amazing process of beer brewing dates back thousands of years – it’s one of the oldest alcoholic drinks around!

To tip our hats to this time-honoured tradition, we’ve rounded up some of the oldest beers we stock (alongside their breweries), so that you can get a taste of history with your next order.

The Bavarian State Brewery of Weihenstephan claims to be the oldest in the world (although this is disputed by some)! Brewing here has been traced back to the year 725 when a Benedictine monastery was founded in the very same spot.

Hefeweissbier Dunkel is a delectable prize-winning brew. It’s a full-bodied, dark wheat beer that features hints of banana and roasted malt. Consider picking up a 12-pack and trying it alongside a sweet dessert.

With more than 670 years of brewing under its belt, Augustiner-Bräu is the oldest brewery in all of Munich. It was established in 1328 and has since gone on to produce a truly remarkable range of beers.

Each one of its products abides by the Bavarian Purity Law, which ensures only water, barley, malt and hops are used to make these fine tipples. Treat yourself to a pint of its hoppy Lagerbier Hell; a tangy and refreshing pale lager!

Westmalle Trappist Abbey was the first brewery of its kind in Belgium: the monks who reside here have been in the business since 1836! Every one of their incredible brews is a testament to their two centuries of practice.

Interestingly, many of their recipes haven’t changed in years. Westmalle Tripel was made for the first time in 1934 and hasn’t been altered since 1956. It just goes to show, if it ain’t broke….

Another achievement that this brilliant brewery holds is that it actually coined the term ‘Tripel’. We think that’s reason enough to try its tremendous blonde beer, which is strong, golden and full of fabulous fruity aromas.

Although lambics aren’t as commonly consumed as they once were, there’s still a place in our heart for this special drink. Timmermans must think so too, as it has continued to brew this traditional tipple for over 300 years, making it the oldest active lambic brewery!

That doesn’t mean it’s stuck in the past, though. In fact, Timmermans has definitely changed with the times. The brewer has combined the new trend for juicy drinks with its authentic lambic flavours, resulting in a line of fun and fruity beverages.

If this sounds appealing to you, try Timmermans Kriek, a raspberry-filled lambic that’s splendidly sweet.

If you’d like to travel back in time to taste some brews of the past, simply order one of these classic beverages, today.