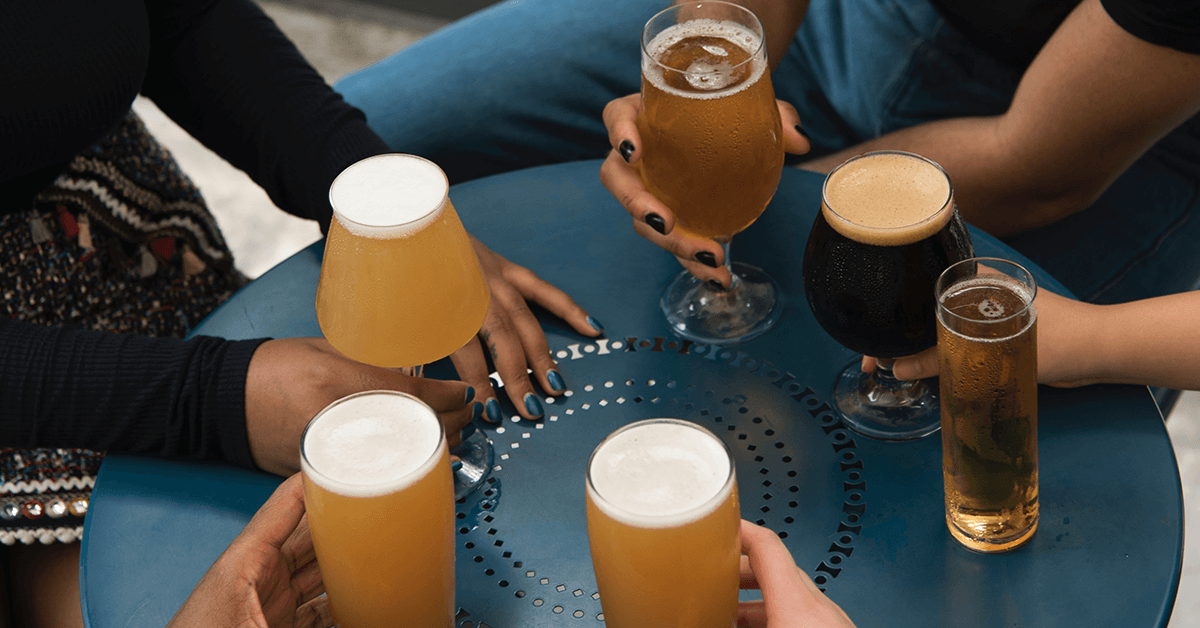 Which Beer Drinker Are You?

We might all think we’re individuals, but when it comes to beer, we drink in tribes. We all know a beer snob, but it isn’t just us and them. There are many more beer drinkers lurking between the barstools. Which camp do you fall into?

The snob is perhaps the most known of the beer drinkers. They come in all shapes and sizes and enjoy speaking at length with bartenders about how they and their siblings home brew in their spare time.

Order a Carlsberg and you’re going to hear about it for the rest of the night. They aren’t content until you knowhow much they know. They’ll justify their pretension by claiming to support the brewery – and criticise anyone in the group who cites price as a purchasing factor.

Sound like you? Ignore the uncultured and try our Alphabet Brewing Flat White Breakfast Stout. That’ll show the peasants who doubt you.

B) The Indie Lover

Unlike the Snob, the Indie Lover knows the name of the brewery that created their drink – and the artist who designed the can. Their knowledge is less arrogant and more celebratory – even if the beer tastes of swill, they’ll find something else to compliment.

They won’t criticise your mainstream selection, but they will ask you to try theirs in an effort to convert. Their downfall? It takes them ages to drink a pint. Every sip is savoured – to the point where you’re often two (maybe three?) pints ahead of them.

Your support makes the world of difference, you’re loyal and we can’t think of a better beverage for you than the Orbit Beers Peel Belgian Pale Ale.

Ah the Red Lion, or as they’re more affectionately known – The Local. These guys are reliable, drink the strongest drink on tap and rarely experiment. If you want a pint after work, chances are the Red Lion will already be there.

Tell them a craft beer was brewed locally and you might convince them, but they’ve no time for international nonsense. They’re creatures of habit and have no intention of changing. Don’t expect to see them at any beer festivals soon.

Everyone criticised you for your lack of adventure, but now it’s paid off – Hobrau Original German Helles is the layman’s strong beer and boy, you’ve earned it.

Uninterested in crystal malts or Amarillo hops? Avoid drinking with the Flavour Saviour. Their penchant for pints leads to very specific conversations. They’ll tell you the aroma of your IPA before it’s touched your lips…

They’ll make you feel better about your choice and their knowledge of the brewing process means that even the most uninspired choice of beer provides conversation.

Looking for a flavour that truly takes your breath away? You won’t know where to start with Beavertown Lupuloid IPA.

What they may lack in taste they make up for in an ability to drink. These drinkers drink for one reason – to get drunk. Fun-loving and up for a laugh, they just want you and everyone else to enjoy themselves.

There is one downside and that is – without leadership, these booze hounds will take you to all sorts of sordid soirées and disreputable dives. Their insatiable appetite comes at a cost, and if you aren’t careful it’ll be you that pays the price.

We know your game Beercules – for you we recommend Portobello Brewing Stiff Lip IPA and Godspeed.

Your local supermarket doesn’t know you like we do. At Beer Hunter we tailor our selection and deliver them right to your door. That being said, if you think you’ve got a better pairing with each personality, then we’d love to know.